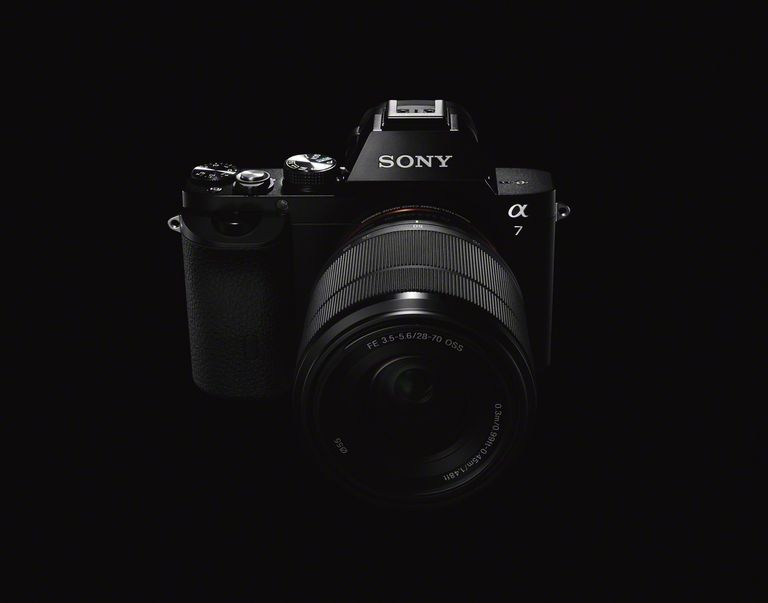 Sony is relatively new to photography, but you would be hard-pressed to tell. Most recently the manufacturer gave us the brilliant NEX series, a range of digital compact cameras that offers impressive image quality in a small form factor coupled with the ability to change the lens. Then it created the bonkers RX1.

Now Sony has once again used the same formula of big performance in a small package to craft two new cameras, the Alpha A7 and its costlier Alpha A7R sibling. Both cameras are only slightly bigger than their NEX counterparts, yet pack a full-frame mirror - something you would normally find in much larger camera such as a Canon EOS 6D and Nikon D600.

Both cameras look relatively similar side by side, with only the 'R' branding differentiating the two. The A7 has a plastic front, whereas the A7R uses magnesium alloy, which goes some way to explaining why the former is a bit heavier.

Other key differences include a 24-megapixel sensor instead of the A7R's 36-megapixels and the addition of an optical low-pass filter. The A7 also has a 'Hybrid AF' system with 117 phase detect points and 25-point contrast detection to improve its autofocus abilities.

Three custom buttons that can be assigned to various functions and three preset dials make using the A7 a doddle. The front dial deals with shutter speed, the rear dial controls the aperture and the wheel controls ISO. Switching between the shooting mode - Manual, Aperture Priority, Speed Priority etc - is also done with a dedicated dial on top. After half an hour we felt right at home with the layout.

When out and about, the relatively lightweight body is comfortable to hold and reasonably compact. It feels sturdy and is up to the challenge of a bit of rain, although it lacks the same level of weather-proofing as the Olympus OMD EM1. Getting it into a pocket will be difficult, but a small camera bag will suffice if you only need one or two small lenses.

The A7 is packed with clever little touches. The electric viewfinder (EVF), for instance, is a sight to behold. It makes framing a shot easier, particularly when bright conditions make viewing the LCD display an issue. It packs a high resolution so the detail is spot on.

Focus Peaking is a clever feature that highlights areas in focus using a colour, while the colour and intensity of the effect can be customised. This feature can be especially useful when your there's not enough time to fine-tune a shot using the zoom magnification and works well in conjunction with the talented EVF.

Tripod users will be pleased to know the SD card slot bay can be accessed from the side, saving the need to unmount the A7 if you need to put a new card in. Opening the relevant compartment is done with a sliding action.

Some of the NEX cameras relied on Sony's proprietary horseshoe. With the A7 a standard horseshoe is offered, which means you can use any flash or other accessory you want. Better still, there's also an HDMI connection for viewing your photos on a HD TV or monitor. Filmmakers can use the 3.5mm connection for hooking up a 'proper' microphone. Sadly no flash is included, which seems a bit cheap on Sony's part.

The standard kit lens is a bit weak considering the potential goodness of a full-frame sensor. Those who want the best image quality should buy the body only and invest in one of the Zeiss lenses like the 55mm used in testing. Your images will be sharper and the bokeh (that blurring behind the main focus) is far nicer.

One of the best aspects of the A7 and A7R is their ability to adopt lenses. Anyone lucky enough to have a bit of expensive Leica glass, for instance, can really put that full-frame sensor to good use. An E-mount means the A7 will cope with any NEX lenses you might have, although it will size the images down to 10-megapixels or inflict cropping.

Sony has promised a number of lenses, but for early adopters the choice is limited - the pricey Carl Zeiss prime lenses being the pick of the bunch. Fortunately there are plenty of adaptors out there so you can use just about any lens, allaying the issue somewhat.

One of the weakest aspects of the A7 is the battery life. It seems to drain very quickly, even with the camera sitting idly. Fortunately the batteries are cheap (it uses the same Lithium type as the NEX) and there's always the option of the pricey but useful Vertical Grip, which greatly extends the battery life and makes the camera easily more balanced with bigger lenses attached.

You can also switch on Airplane Mode to keep the built-in WiFi and NFC functionality from sapping the battery unnecessarily, reduce the LCD brightness and disable image review to eke out a bit more longevity. We noticed an improvement in doing so albeit a slight one.

On the subject of connectivity, WiFi allows you to transfer your photos without a cable once you have the desktop software installed and set up. NFC means you can transfer a photo between the A7 and an NFC-enabled device by touch. For remote shooting, the PlayMemories app on Android and iOS is handy, especially if you want to share a photo quickly online.

We rather like the A7 and A7R's styling. While the Nikon Df goes all-out with the retro vibe, the A7 is a bit more reserved and unassuming, which is more than can be said of the shutter noise. The A7 is loud, although we found it a satisfying noise more than anything. Those who want a stealthy shooter should look elsewhere - the A7 is about as loud as it comes.

The NEX's Tile Menu system has been replaced with a new user-interface that looks somewhere between the RX1 and the NEX-7's offerings. Functions are split into numbered lists, with each divided into overall categories. Moving between the Menu's functions, most of which are easy to find, is done using the control wheel on the rear. Left, right, up and down - it's all self-explanatory.

There is an option to swap back to the NEX menu layout, although we would suggest you stick with the new. The ease of use far outweighs the few minutes needed to familiarise yourself with the new system.

We like to think of the Sony A7 as less like the machine gun Canons and Nikons of the world and more like a sniper. Those who hold down the shutter hoping for one good shot in ten will likely be disappointed. This is a camera that requires you to take your time, and in doing so you suddenly care more about composition and the right camera settings. When you get it right, the result will impress.

Unfortunately this requires a bit of expertise on your part - amateurs should definitely roll with aperture priority and the auto ISO feature to begin with - and it can mean you miss the shot you wanted. In sport or other fast-paced environments, then, the A7 can be a bit of a damp squib until you learn how to improve your odds with techniques like pre-focussing.

Still, in bright conditions the A7 snaps onto a target in no time, certainly faster than the NEX 6 and NEX 7. We actually found using the AEL button to focus and the shutter to take the shot, instead of the shutter dealing with focus and the shot, helped greatly with capturing the right moment. A few tweaks in the menu make this relatively easy to setup.

By no means is the Sony Alpha A7 a perfect camera, but we can forgive a few foibles. It costs less than most full-frame cameras or even some 4/3rds setups like the Olympus OMD-1, yet in the right hands it can take photos of remarkable quality. Take the time to master its potential and we doubt you will be disappointed.

Sony should be commended for going out on a limb to put the quality of a full-frame in a small body. Professionals could quite happily use the A7 as a backup camera, while budding photographers and amateurs with a few quid to spend will be limited only by their abilities.