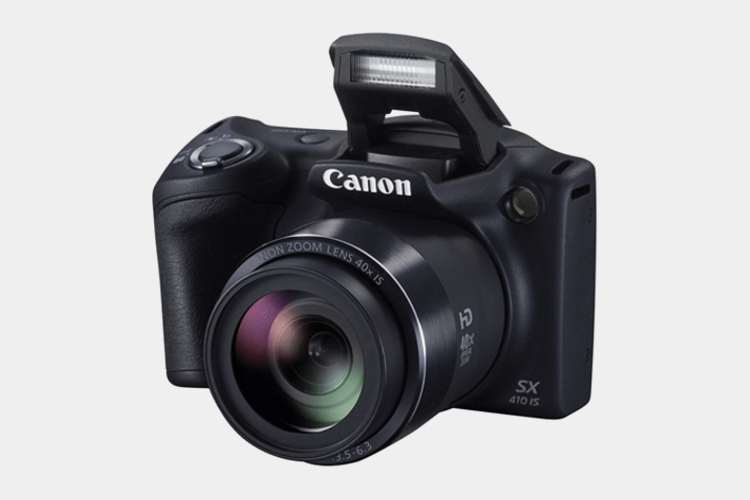 One of the most advanced Canon models yet, the Canon PowerShot SX410 IS is full of exciting features that will get you excited about photography all over again. The Canon PowerShot SX410 IS comes with an ultra powerful 40 times optical zoom as well as its 24-millimeter wide-angle lens offers you total versatility of shots. You can capture huge landscapes at one time or zoom in for close-ups on certain subjects in ways you never dreamed possible. The Optical Image tabilizer allows all of these photos, no matter what zoom they were taken at, to be incredibly clear and bright. There is a 20.0 Megapixel Sensor and Canon DIGIC 4+ Image Processor that allows for crisp, unmatched resolution to be present in all of your images. The videos that can be taken on the Canon PowerShot SX410 IS are just as impressive, thanks to its lifelike 720 pixel-recording feature. There are fun modes to experiment with such as a toy camera effect, fisheye effect and more. 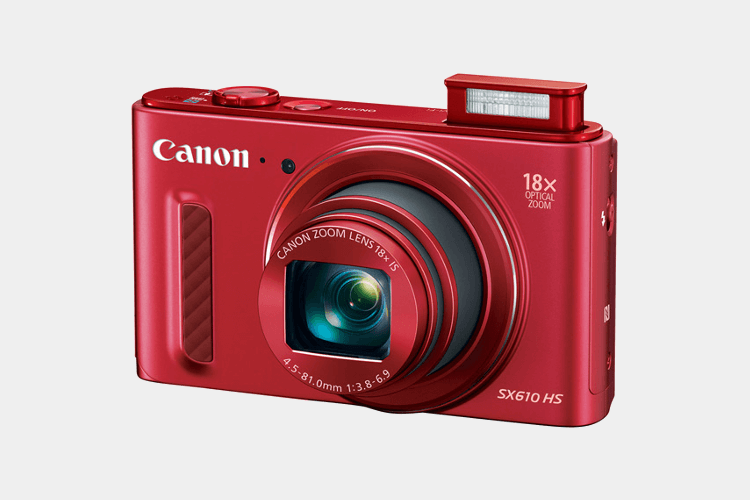 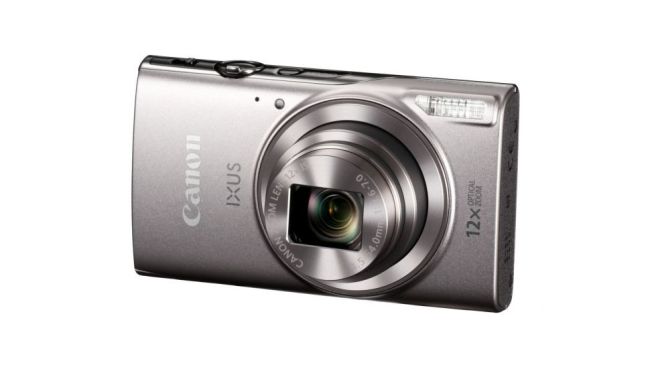 Typical of IXUS cameras, the Canon IXUS 285 HS has a very slim-line and pocket-friendly design. More unusually, it’s available in a particularly garish shade of purple, as well as the more usual black and silver options. For such a small camera, it packs a big punch in terms of features. The 20.2MP ‘HS’ image senor helps to retain low-noise image quality at high ISO settings, there’s a powerful 12x optical zoom lens, a 3-inch LCD screen, plus built-in Wi-Fi and NFC.
Typical of Canon cameras great and small, the layout of buttons and menus is simple and intuitive. All in all, it’s a great little camera, the only slight frustration being that the 2.5fps maximum burst rate is a little pedestrian. 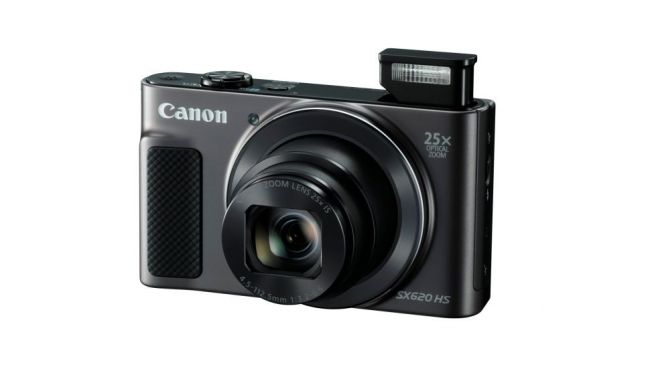 The phenomenal 25x optical zoom range of this Canon PowerShot SX620 HS equates to 25-625mm in conventional, full-frame terms. That takes you all the way from ultra-wide-angle to super-telephoto at just the touch of a zoom lever. The downside is that, compared with the IXUS 285, this camera is noticeably thicker, with a depth of 28mm instead of just 23mm. Canon still claims that it’s a ‘pocketable’ camera, but it’s not such an easy fit.
Image quality is similarly impressive from both cameras, with gorgeous colour rendition and relatively low image noise at high sensitivity settings. There’s also the same provision of Wi-Fi and NFC. Handling is more refined in the SX620 HX, with a sculpted grip area, and the LCD screen has twice the pixel count as well, for a more detailed display.